Young Ocean Optimist of the Year 2021 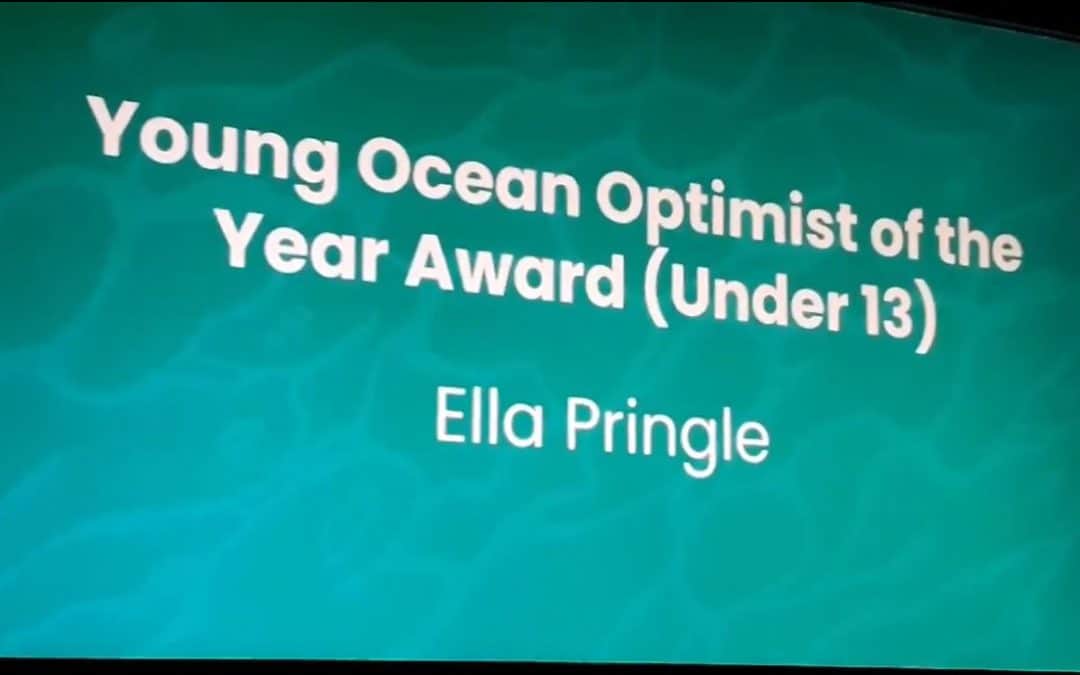 Ella was flattered and honoured to by recognised as the Marine Conservation Society Young Ocean Optimist of the Year, receiving the award in their U13 aged group.

Ella takes part in so many activities many of them marine / environmentally focussed . Last year Ella set herself a swim challenge, conquered it magnificently and now loves to ride out on her SUP along with her growing #PawsOnPlastic pup Steve.

This year, after lockdown, Ella set herself a beach clean challenge and completed 11 beach cleans culminating in 1922KG of rubbish being removed from several favourite Pringle family beaches. Ella raised funds while doing so, her goal was to  collect 1500KG of rubbish and dispose of it responsibly which raising £1500 to be split between two of her favourite charities. Always striving to to more Ella is hoping to squeeze in another beach clean before then end of the year and bring the total up to 2 tonnes.